A full-length game during the Iverson Classic week in late April.

Johnson's inclusion in the 24K Showcase game marks "the first time in sports history that a woman has integrated a men's game at this level," according to a release from the event.

Iverson himself called Johnson after practice on Monday to tell her the news, and her reaction was predictably awesome.

Throughout the video, Iverson oscillates between his normal hilarious self - he throws in an ad-libbed "Practice?" at one point - and then tacks on some inspiration for the young star:

"Be tough in the gym," Iverson tells Johnson and the whole assembled team, "and be tough outside of it."

Allen Iverson FaceTimes Diamond Johnson and invites her to be the FIRST woman in history to integrate men’s All American sports. She will compete at Iverson Classic’s 24K Showcase! 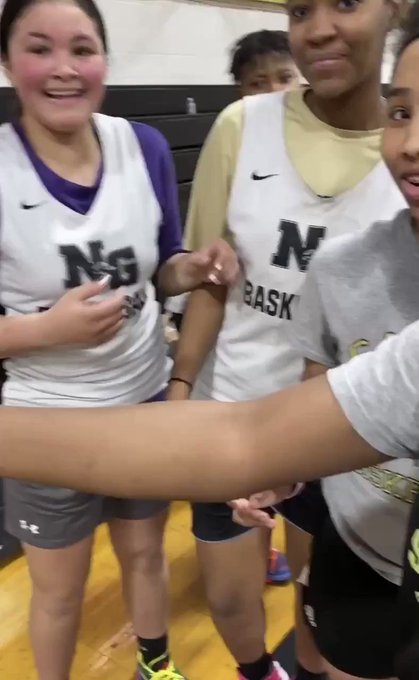