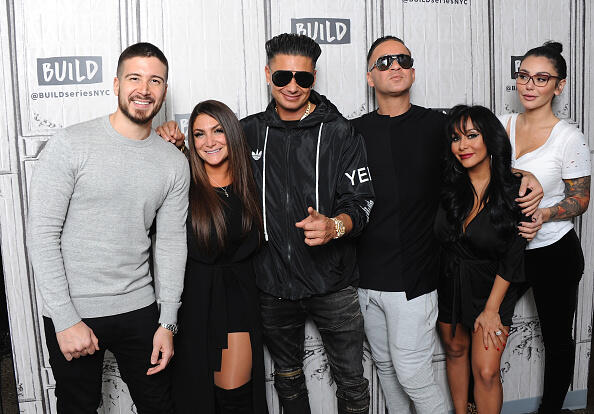 Looks like the Jersey Shore fam is coming to Pennsylvania!

PhillyVoice reports that the hit series “Jersey Shore Family Vacation” is now reportedly being filmed in the Poconos. Mike “The Situation” Sorrentino’s wife, Lauren, shared pics online that helped people online surmise that the group was filming at the Woodloch Resort on Lake Teedyuskung in Hawley, Wayne County.

The hotel is being unsurprisingly mum about it, telling Page Six, “we respect the privacy of all of our guests and have no comment at this time.”

This appears to be for the second half of Season 4 that was delayed due to COVID-19. The episodes that are airing now, that premiered last November, were filmed mostly in quarantine, during the first half of 2020. They are now airing episodes that were mostly filmed in their COVID-19 “bubble” at a resort in Florida.

One other bit - while Nicole “Snooki” Polizzi had left the show at the end of last season after Angelina’s wedding, there are now rumors she may return for the second half of this season after she was spotted with camera crews in February in North Jersey! We sure hope so!